Stella is a club of many talented athletes, and in varying degrees, not necessarily in speed, but also in endurance, grit, stickability and character. This month we applaud the following Stella members for their achievements!

Run us a race

Go to the island and pick up the pace!”

And this is what she did! Not only did Jadi Clark have a brilliant run at Comrades, being the first Stella lady in at an amazing time of 07:37, she then, a few weeks later ran the Mauritius Marathon on the 19th July, and achieved first position in a time of 3:17!

This lovely, effervescent lady is a real credit to the club, and we salute and recognise Jadi for the discipline and effort she puts in!

A novice runner he was this year, but novice times NOT as nothing stopped this speedster from achieving times most of us only dream about. Gcina Msibi joined Stella and we have not looked back! A gentleman with a smile on his face, we have watched as he pushed himself to the limits to achieve the goals he had set for himself. With over 2 500kms on his feet this year, his first Comrades was a Silver medal in a time of 7:02, and recently he did the Cape Town City Marathon in a time of 2:38. Gcina – you are an absolute star and we applaud you for who you are and what you have achieved. 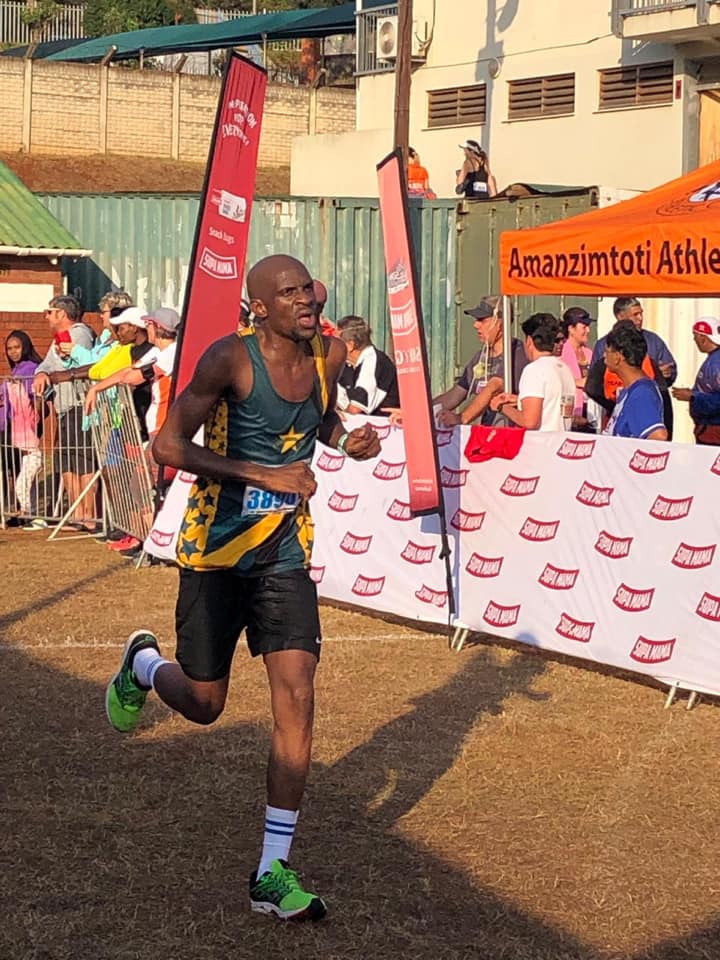 Not all Stella Stars are athletes. This lady may not physically run the miles her hubby does, but she puts in as much effort, if not more to support and second him, as well as every Stella runner on the road! Kim Bonorchis is a familiar face many a runner has seen while on training runs or races, and she is an absolute breath of fresh air as she encourages with words and actions to get us to the end. She offers advice as well as drinks, meds and other necessities that are in good supply. She’s up at the crack of dawn carting runners, and on the side of the road with a smile and her iPhone in hand snapping photos as we trundle along. On one occasion this year on a training run, she injured herself while crossing the road to a support table right at the beginning of the run. We were none the wiser as she popped up on many occasions along the way – 56ks! Only later did we find out that she was injured – but not a moan! Kim your efforts at Stella have not gone unnoticed, and you will be sorely missed as you leave for the UK. We appreciate everything you have done. You are a true STAR!