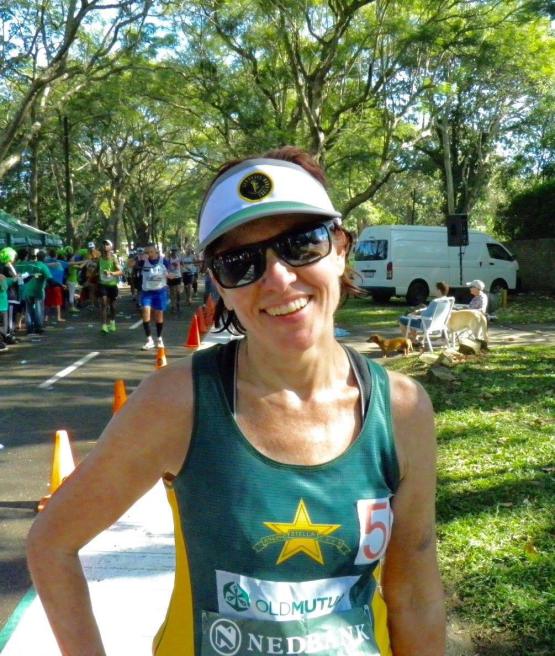 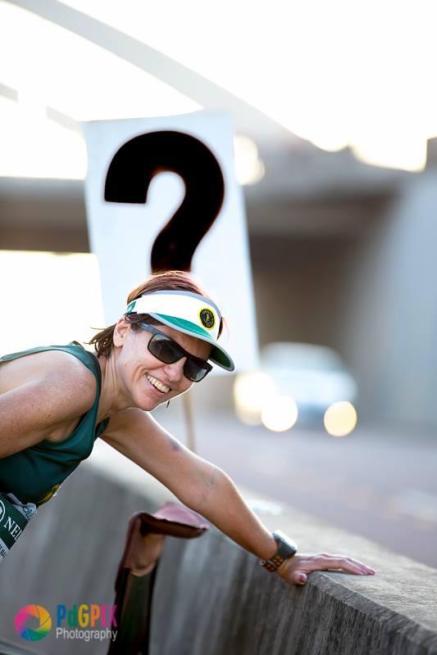 There is nothing quite like the homosapien species called the “athlete”! There are sub species in this category who hit the pavements, roads, and earthy terrain to “move it, move it”, namely the walker, runner and cyclist. They will get up at a ridiculous time – before the birds have decided to open their beaks, and lace up, leave the comfort of Duvet Street and move at a considerable pace along the streets and byways for a few hours, clicking up the kilometres (which is then beeped on the watch to the computer and downloaded to  record the mileage and rake up points!).

The beauty about the athlete is that it knows no boundaries. The love of the sport unites young and old, the doctor, the baker, the candlestick maker, and total strangers greet each other in passing, because they recognise the dedication and the unvoiced respect for what they are achieving. I remember running on the beachfront one morning with one of my race T-shirts on. A guy running in the opposite direction in a similar shirt smiled at me and the telepathy was – “I know what you went through to earn that T!”

The bonds that are built along the road is strong. You might not know each other from a bar of soap, yet you can talk the same language. You share the pain, the anguish of injury or sickness, but delight in the achievements and goals reached, however great or small. Its not generally a selfish sport. What one gleans from one, is passed on to another to encourage and build and to see personal bests achieved. Its thanks to the selfless input of those in the know that has got me to places I would never have dreamt possible.

It is not necessarily a glamorous pastime. One sees each other at the worst, still with sleep in one’s eyes, hair amok, moods subdued or grumpy.  Not everyone looks like a super model in running gear. And when the need to go to the loo arises on the road… well put it this way, we would never dream that the bush could be such heaven! Its funny when you see runners in the mall all dressed for the day, how you almost don’t recognise them!

Seconders rate extremely high on my respect list. They get up with us to cart us around, provide for our needs on the way, and give us the rebuke or encouragement we need to get us going again. And don’t forget all the photos they take of us to record our amazing feats! Many have pulled me through some of the toughest challenges in my running career. Again total strangers come to the rescue. Comrades 2016, I was coming down Fields Hill having lost my electrolyte potions along the way, and the inevitable cramps kicked in – both calves. I looked like a ballerina on points – gone wrong! Two lovely spectators came running up and asked how they could help. I leant on one while the other helped undo the spasms. I really thought my race was over. Thanks to them I hobbled down towards Pinetown. Just then another runner doing his 9th came along side me and gave me a packet of the same electrolytes I had been taking. He told me to take two every half hour and then carried on his way to his green number. I tried to remember his name on his vest but to this day, I will never know who he is, but he saved my race and I was able to complete the challenge. Comradeship at its best. It is humbling.

So to all these crazy characters who make this world an interesting, better place – I salute you! Keep moving forward and run the race that is set before us – this is a paradigm of life!