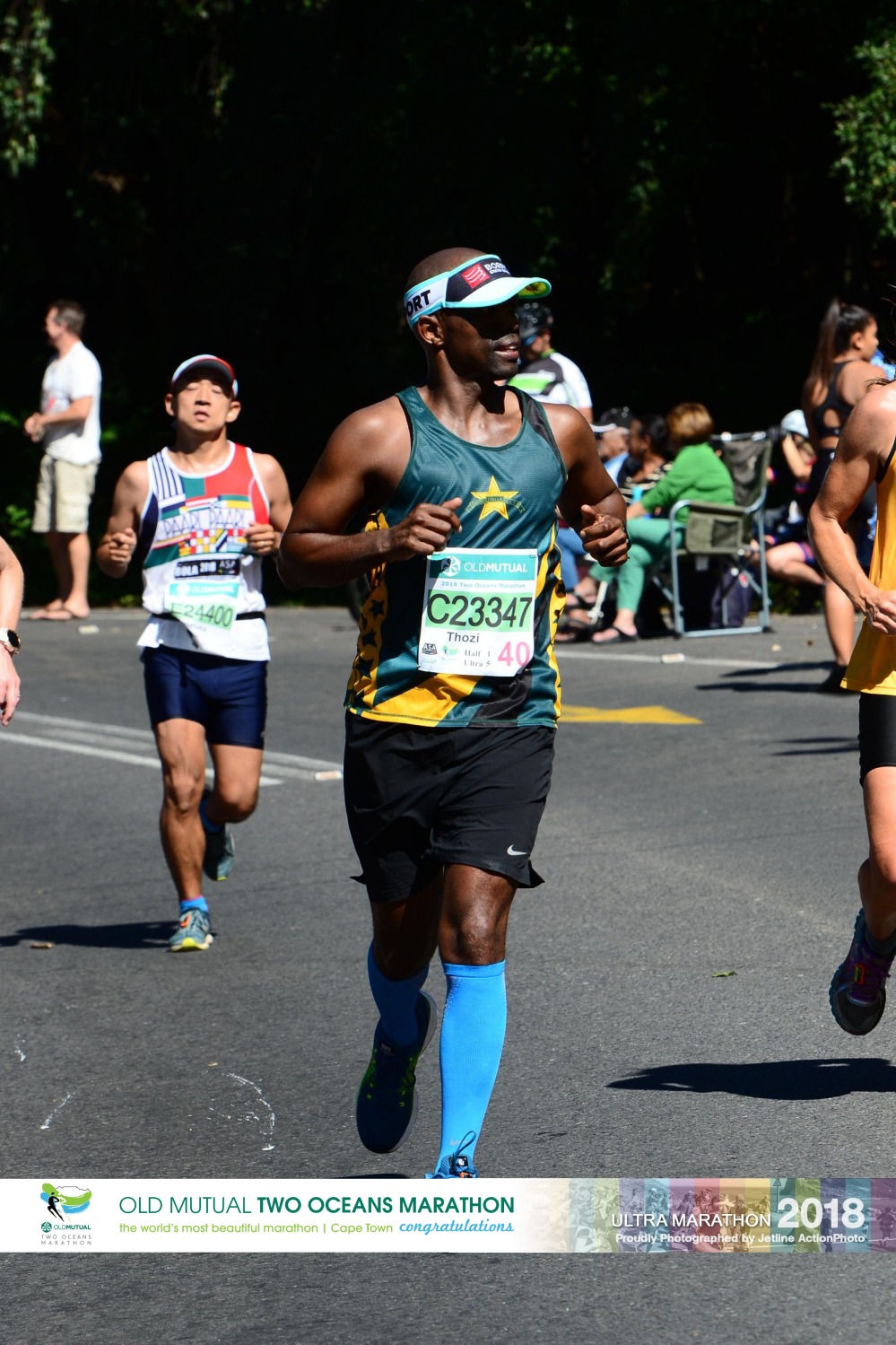 Background: I picked up running in December 2010, and my sole motivation was to shed some kilos after the scale told me I was 98kg all by myself. I proceeded to complete a few 21km’s, then 42km’s and ultimately managed to complete Comrades 2013 and 2014 for my back to back medal. Out of all these races in my 7 odd years of running, my favourite remains the Two Oceans!

2018 Change:  Last year I decided that 2018 will be the year that I venture into a new challenge, the Triathlon… guess my Mid Life Crisis is right on time. So I have joined a Tri Team with their 7 day training programme (just awesome.. NOT).  Anyway long story short, due to this Tri Training, I have far less running mileage then I would have normally had this time of the year.

The Race:  It is mostly because of the 2018 training change that I decided not to chase any time at the race but rather to just go ahead and just enjoy the race, if ever there is such a thing in an Ultra.

I started out at a quite an easy pace until about the 5th kilometre then increased to a steady pace until Chapman’s Peak where I slowed down for obvious reasons. Usually I start battling after the 42km mark but this year I was happy that I felt strong-ish, even up Constantia Nek (maybe cycling had some part to play there). At 6km to go I came across a friend of mine who was struggling and since I knew he was aiming for his PB, sub 5:30, I decided to try and help him get it and I am happy to say that we got in at 5:28!!!

To all my Stella Stars who have not done the 56km yet, you better put this race on your To Do List quick… because they don’t call it ‘The world’s most beautiful marathon’ for nothing. Just be warned that after about the 44km mark you will most definitely need your mental strength to take you to the Finish.