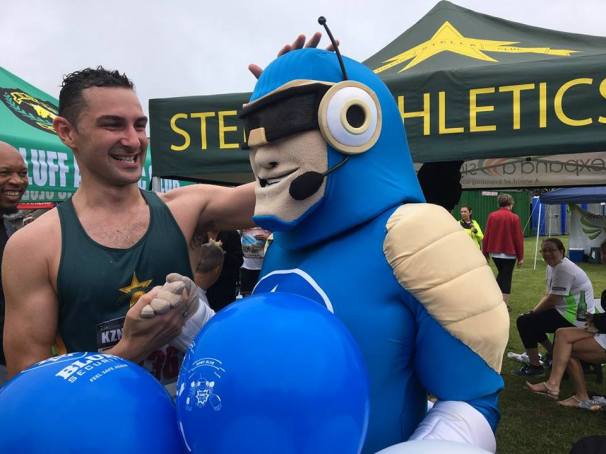 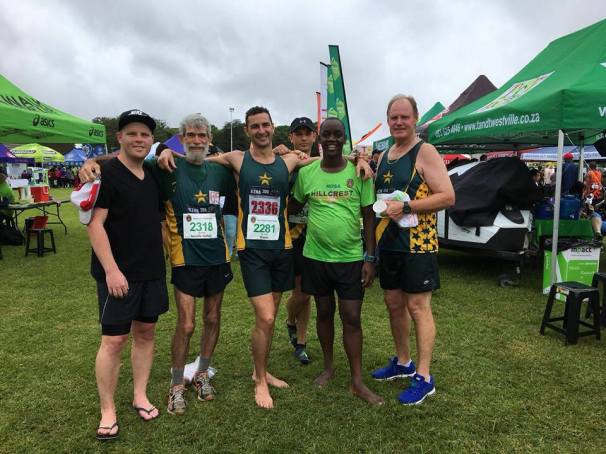 I woke to the sound of drizzle at a quarter past TOO EARLY on the morning of Sunday the 11th February. Like many of my fellow participants, it was at that vulnerable moment that I was forced to wage an inner war against my shameful desire to slam the snooze button. Luckily on that day, the little common sense I have did prevail.  After first wolfing down a bowl of Jungle Oats, and then lubing, tubing, picking and sticking a variety of odd body parts, I was off into the progressively worsening rain in the direction of, the then still dark, Hillcrest.

At the intersection of Old Main and Inanda Roads, I was pleased to find that the rain hadn’t deterred many, or even dampened the usual lively spirit. A many hundred, if not thousand, strong field waited in anticipation. The Hillcrest Marathon, is a well-established local event that attracts many due to its key timing in the annual race calendar – it serves as an official qualifier for both the Comrades Marathon and the Two Oceans Marathon.

The double-lapper marathon route can, in essence, be divided into distinct quarters. Quarters 1 and 3, predominantly downhill through leafy Winston Park, and quarters 2 and 4, predominantly uphill on the way back to Hillcrest town center. The start of the run, although congested, went off without a glitch. The large field had plenty of space to regain order on its way down Old Main Road past the old Heritage Market. As we entered Winston Park, passing family supporters and local residents who had set up temporary camp outside their houses, I was filled with short-lived elation – “could running getting any better than this?”

Surprisingly for me, this happiness lasted throughout quarter 2, in spite of some sharp uphills (many of you will know the exact NASTIES I am referring to). I passed my own posse of family supporters at the Engen garage on Old Main Road, remembering to don the poses of some Kenyan or Ethopian marathon great, just in case they had their Instagrams on warm-up. A warm hug but no photography ensued. After munching on a fruit bar whilst nearing the halfway point, I rounded the Hillcrest corner at 21km for the start of the second trot down toward Winston Park.

Luckily, quarter 3’s downhills were sympathetic to my tiring sticks. I was able to bank some time with a quicker-than-planned quarter. This margin gain would soon prove critical as my legs, very quickly, began to shout like the EFF used to in parliament – pre Cyril.  No ‘honourable members’ these! At the end of the first quarter, I rounded the beaconed hairpin bend like a light-footed gazelle. This time around I was more like a Maersk oil tanker – I even saw the Marshall take a step back as I approached as she clearly feared being taken out.

The marathon’s new catchphrase, #Whatthehill, took on new gravitas as I dragged my legs (read: concrete) up the last hilly 11km stretch. I had to dig deep, like past the remaining oats deep! I eventually made it back up onto Old Main road. I passed my posse looking like Timothy Traddle – somehow this time, amazingly, they all had their Instagram’s in full force as I waddled by! I continued, gritted teeth, for the last 2km to the finish.

I crossed the finish line utterly exhausted and ravenous, but ecstatic to have my Ultra qualifiers under my belt, to be greeted by a warm Stella welcome and at the smell of some wicked brekkie buns!