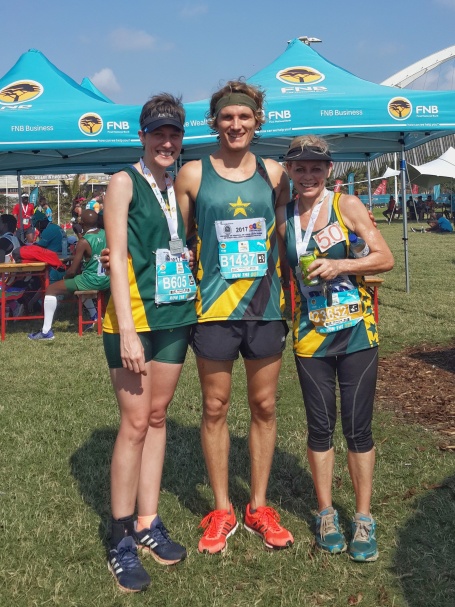 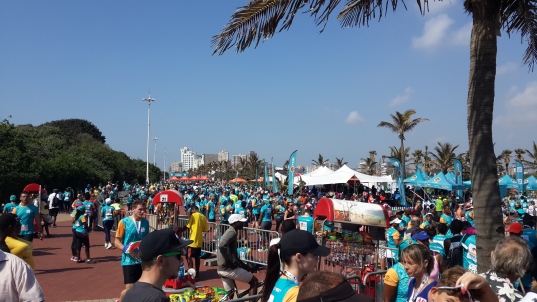 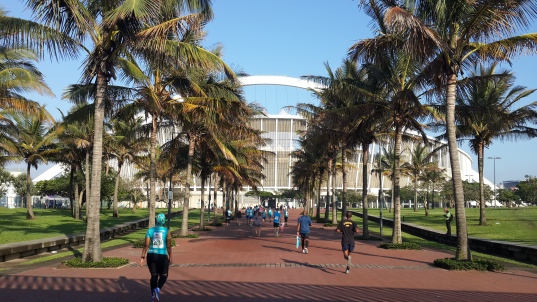 A fast, flat road run with a substantial prize purse is going to attract some star athletes, and the inaugural FNB Durban 10K had plenty of those. Before the race, there was talk of top international runners joining the field and attempting 10km records. My own thoughts were that the race presented the perfect opportunity to go for a PB.

There are some variables you can control before a race and many that you cannot. The first obstacle appeared when one of my friends announced that he had invited people over for a party at my house the night before. He is not the type of person to spend Saturday sipping camomile tea, so by 11 pm I packed my tog bag, left the party, and drove to my parents’ house to find a quieter place to sleep. Just before leaving, I took a bet that I would not only get a new PB but smash it by more than a minute. A fairly ludicrous bet.

The race was scheduled to start unusually late, 8 am. Unfortunately, this was unbeknownst to my mother who woke me up at 4:30 am. A beautiful day dawned over the city of Durban and I headed down to Moses Mabhida Stadium to warm up and twiddle my thumbs for a couple of hours. The event was well organised and there were going to be thousands of runners. It was a glorious spring morning, perhaps too glorious, it was starting to get hot.

A slight southerly wind was blowing as we grouped together in our batches, waved flags and sang Shosholoza. There was excitement at the start line as the elites filed into the front batch. My heart rate was already exploding, and soon we were charging down the M12. The sun was hot, but plenty of ice-cold water stations allowed runners to cool down. Everything was going smoothly, and streams of supporters, cheerleaders, drum majorettes, and traditional dancers kept us going as we headed towards Blue Lagoon. The other thing that kept us going was the slight tail-wind, that turned into a headwind as we rounded the corner onto Snell Parade after 6.5km.

There are moments in every race where you have to dig deeper, this was one of them, and I did not. My pace edged slower, and the PB edged further away. At around 8km there was a sprint challenge. You could win Puma vouchers. Those vouchers were safe, sprinting was out of the question. As we rounded the final corner at Suncoast, I caught a glimpse of the finish 500m away. Suddenly my legs found new energy and bounded down the home straight. Somehow, I beat my previous PB by four seconds. Four seconds was nowhere near enough to win the bet, but that did not matter. Every runner knows how good it feels to better their PB.

Two Ugandans, Joshua Cheptegei and Mercyline Chelangat, not only got PBs but also won their races. Their other-worldly times of 27:28 and 31:37 both broke the previous Ugandan national records. Mercyline was extremely close to the 31:33 Elana Meyer ran in Durban in 1991. At the finish, a group of Stella Stars recounted race stories and cooled down in the shade or went for a swim in the sea. I will definitely enter this race again next year, and make another bet.