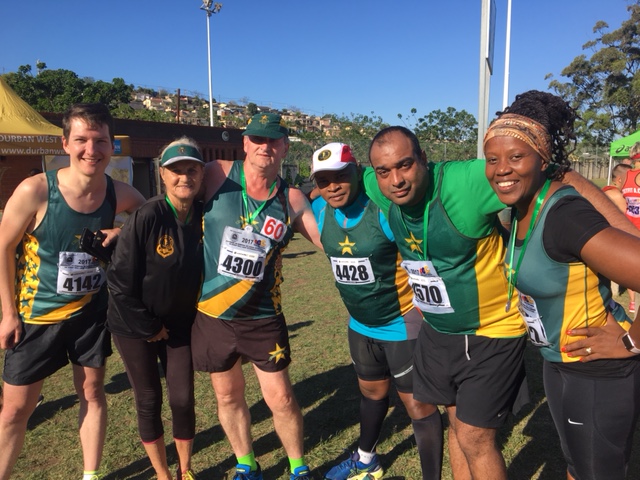 Stella Stars at the end of the Chesterville 10km Challenge

When my brother suggested we run the Chesterville 10km Challenge, I wasn’t too sure what to expect. The race is marketed as Durban’s Toughest 10km, but we had just done the Supa Mama Savages Race a few weeks back, so how tough could it be? Well, I was so wrong! The whole race was a series of climbs!

Starting off at the Chesterville Sports Ground, the route weaves through the very hilly suburbs of Chesterville and Westville. Even though the field was smaller than some of the other KZN races, the support from the residents, especially the children, on the road was amazing. People came out of their homes, some still with their pajamas on, to cheer us on with lots of the kids giving us high fives, we felt like superstars! The water tables and marshals were excellent and the atmosphere was just so vibrant. We even had a saxophonist playing the chariots of fire theme on the roadside!

There were loads of lucky draw prizes and free Wimpy cappuccinos at the end which was a real treat. The cherry on the top for me was coming third in the ladies category. Chatting to the race organiser at the end, he said that the race is in its fifth year and has grown significantly as perceptions of the area are changing. I would encourage all Stella Stars to run this race next year. It will be challenging but you will feel a great sense of accomplishment at the end as you would have conquered Durban’s Toughest 10km race.