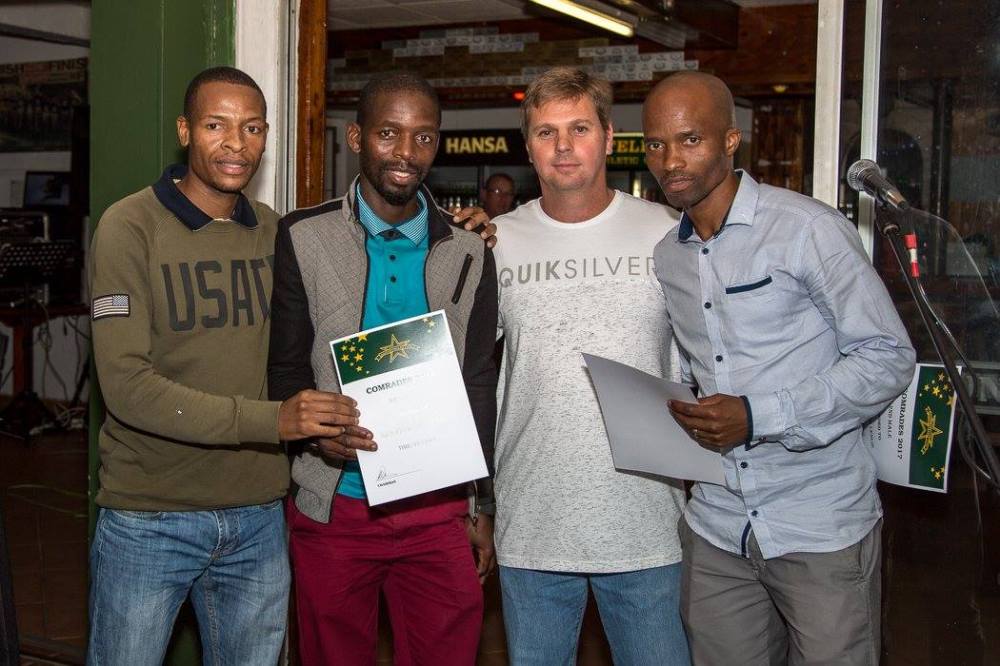 Stella Athletics Club hosted its Annual Awards and Dinner on Saturday 15 July 2017. The event was a great success with over 100 members and their families attending. Awards were given out to members that completed Comrades and Two Oceans in 2015, 2016, and 2017. The Chairman’s Award for the best performing and most consistent athlete was Nkosinathi Ngcongo who has achieved 10 consecutive silver Comrades medals in Stella colours. Stella was extremely privileged to have Prodigal Khumalo, who finished in the top ten for Comrades 2017, presenting the awards to the athletes. Special awards were also given to Sue Sherriff, Lorraine Spencer and Louise Hucklesby for their dedication and contribution to the club. A great evening was had by all. If you missed the event you can view all the photos on the Stella Facebook Page. A big thank you to Peter de Groot for capturing all of the moments on camera!